I recently had the pleasure of chaperoning a two-week trip to Israel with the eighth grade class at my school. The purpose of the trip was to develop strong cultural connections with Judaism and the land of Israel, celebrate their B’nai Mitzvah together as a grade, and form new and better friendships with their classmates. Based on the reflection that the guides led on final night, I’d say that mission was accomplished.

Many organized trips to Israel like ours cover the three regions of the country; the north, the south, and the central region, which includes Jerusalem and its surroundings. We spent the first four and last three days of our trip in and around Jerusalem, and that’s what I’ll walk you through in this post. Stay tuned for the others!

We hit the ground running after a 12-hour flight that landed at Ben Gurion International Airport at 6:30am! Despite kids’ pleas to go to bed, we headed to Neot Kedumim, a biblical garden and land reserve that highlights animals, plants, and plant products mentioned in the Old Testament. 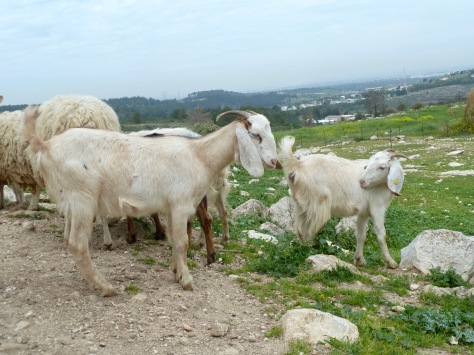 . . . and planting trees, a vital part of every first trip to Israel as a way of “giving back” to the land and contributing to its continued prosperity. 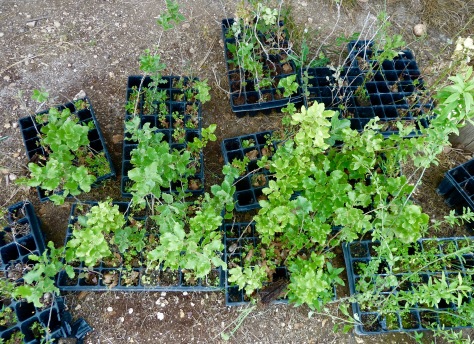 It was the first trip to Israel for many of our students and we spent some time singing and celebrating on the Talpiyot Promenade that overlooks the Old City.

This was also a perfect location to experience some of Israel’s idiosyncratic juxtapositions of religious and modern life.

We spent most of the following morning at the City of David, the archaeological sites that date back to the Second Temple period (about 530 BCE-70 CE). Attractions included a walk through Hezekiah’s Water Tunnel, an underground tunnel built in the 8th century to protect Jerusalem’s water from Assyrian invaders. As it was a bit chilly that day, I opted to wait outside and take pictures overlooking the Old City, but my students said it was a lot of fun. 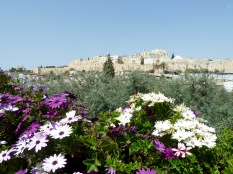 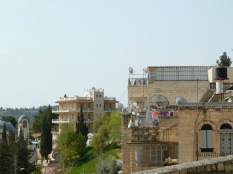 We also visited the Davidson Center, which is a museum dedicated to the ongoing archaeological excavations around the Temple Mount area of the Old City. 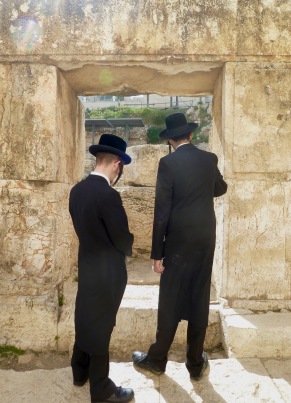 No visit to Jerusalem, at least for Jews, is complete without a visit to the Kotel, or Western Wall, part of the ancient retaining wall of the Second Temple. Most of the wall is reserved for men and therefore all of my pictures come from the women’s section. The segregation irritated me more this time than it has in past visits to Israel. There’s something truly fundamentally wrong with separating men and women because of invented notions of purity. 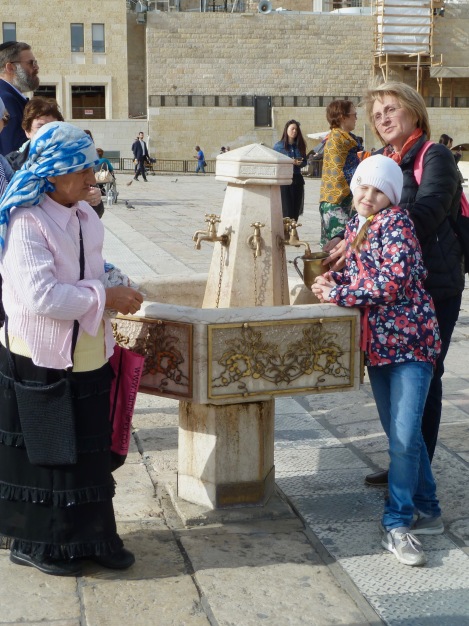 We walked back through the Old City as the sun was setting. It was beautiful.

The next day we visited Beit Guvrin, an active archaeological dig that is a lot of fun no matter how many times I’ve done it. There are so many artifacts yet to find! Spelunking there is great, too, because some of the completed excavations are best experienced in the darkness by candlelight. This time, we visited a columbarium dating back to 200BCE! And the park itself is beautiful. 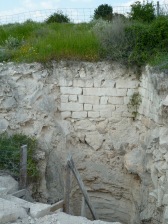 After celebrating Shabbat together in Jerusalem, we went to the famed Ben Yehuda Street to eat and shop. I bought some gifts and had a delicious and overpriced falafel – my gift to myself!

We returned to Jerusalem for the final two nights of our trip after traveling through the country. Our first stop when we got back was to Latet, an organization that aims to reduce poverty and create a better, more just society in Israel. We volunteered by sorting boxes of food for delivery to needy families for Passover. The kids received very little instruction, someone hooked up an iPod full of Israeli folk songs, and suddenly everyone had organized themselves into groups sorting different food products. In moments, without talking about it at all, everyone knew who was packing boxes of canned vegetables, grape juice, matzah, chocolate spread, and others. There was so much excitement and energy in the room, cheering as boxes filled, laughter as we threw food products to one another (until we smashed a wine bottle and had to clean that up . . . and then promptly continued), and genuine joy in the work we were doing. We participated in two service projects on our trip and I absolutely loved both of them. Doing service work with students is high on the list of my favorite things.

The same day, we visited Yad Vashem, Israel’s Holocaust memorial and museum. Our visit started in the Avenue of the Righteous Among the Nations, the area of Yad Vashem that honors non-Jews who saved Jews during the Holocaust. Remembering that there were people, however few and far between, who risked their own lives to save others is the only way to go through the rest of the memorial without losing all hope.

The museum itself is designed to mirror the darkness of Hitler’s rise to power – you are literally underground in a close, constrained environment. Yad Vashem does not allow visitors to freely walk from one room to the next. Instead, all must pass through each room in turn, zigzagging across a long hallway the way Hitler’s persecuted people had no choice of where to go or how to get there. By the time the war ends, visitors are at ground level and the museum opens to a beautiful view of the world outside. Unsurprisingly, most students were especially moved by the Children’s Memorial. The fact that it even exists is enough to say about it.

But two days later, we visited Yad LaKashish, a beautiful contrast to the Holocaust. Yad LaKashish is an organization that teaches the elderly different types of crafts, like metalworking, bookbinding, jewelry making, and silkscreening. The artwork is then sold in the gift shop to finance the whole program. The artists love visitors, especially young people, and they make truly beautiful things. I was not alone in wishing aloud that I had any artistic ability whatsoever. Clearly it’s never to late to learn! 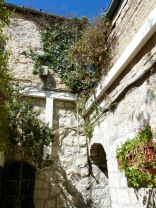 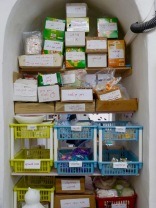 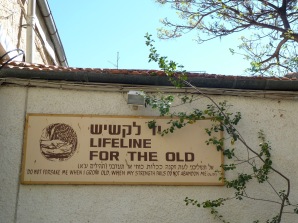 That afternoon, to bring the story of Zionism to a conclusion, we visited the Herzl Museum and reviewed much of what we’d learned in social studies class (a nod to my department – we done good!) prior to the trip about the Dreyfus Affair, Theodor Herzl, and the origins of the idea of a Jewish state.

Our final evening was spent reflecting on what we’d learned and experienced, thanking all of those who had been part of the trip, and enjoying one another’s company before heading to the airport in the wee hours of the morning.

I love Israel because it feels like home. This was my third time there but that feeling was present within me from the first moment I landed at Ben Gurion International Airport back in 2007. There’s an unspoken understanding among Jews in Israel, and this is most certainly a sign of privileged status in the country, that you’re welcome to visit, to explore, to ask questions, and to call Israel home. I did a lot of exploring this time around. I asked a lot of questions, specifically about the relationship between being religiously Jewish and culturally Jewish. Israel answered a lot of the questions I’d been asking before the trip and as always, I left wanting more.

Stay tuned for my posts on our time in the south, my favorite part of the country, the much greener but equally beautiful north, and the vibrant city of Tel Aviv.