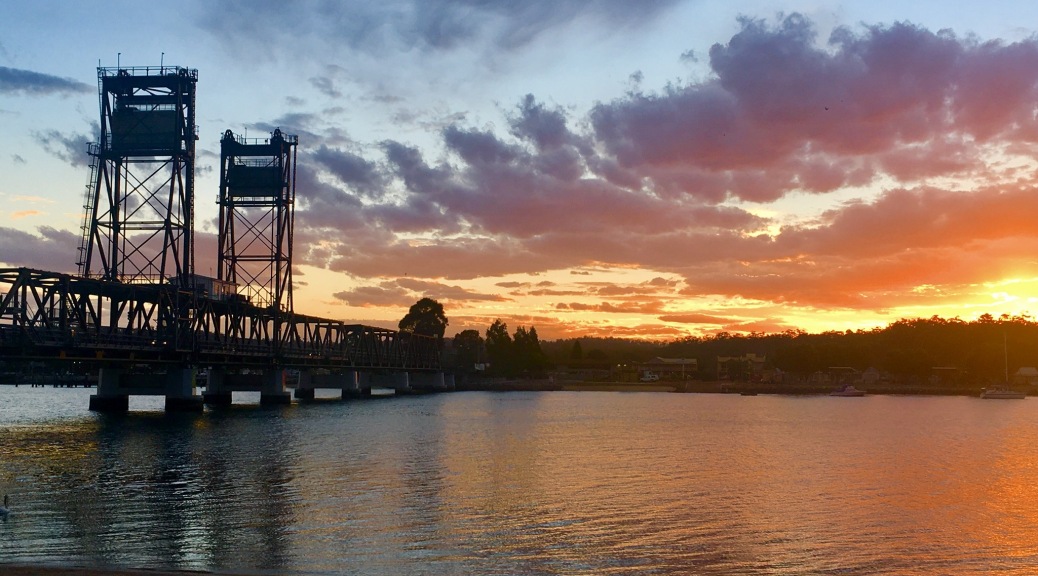 This post details the second part of the week my girlfriends and I spent in Australia over October break. We started in Sydney and, after three nights there, were ready to exchange urban life for something a little more remote. We picked up a car and followed signs to Wollongong, which our trip planner (and also DJ!) promised would take us along the coast for small towns and pretty views. When we saw signs for the Grand Pacific Drive, we turned off the A1 to follow them and I’m so glad we did!

I was driving so I couldn’t take pictures, but I absolutely loved the winding, twisting, narrow, tree-lined roads of Royal National Park. The trees were thick and green on one side of the road and there were signs of fire on the other. There were so many different types of trees, too, many that I didn’t recognize. At times, we couldn’t see more than one twist in the road in front of us, which was challenging because bikers also enjoy the park – and with good reason. We rolled the windows down and felt the fresh air all around us, drinking in the blue skies and sunshine. I haven’t been on a road like that, one with no place to stop and only places to go, in a long time. It felt like flying.

When there was finally a place to pull over, we did. I was glad to take the time to actually look at my surroundings instead of darting glances out the passenger window with half an eye on the road. 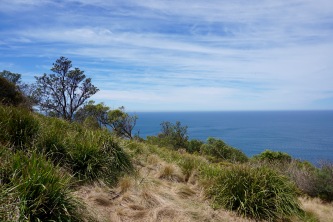 We stopped in the town of Bulli for lunch and ate outside in the cool breeze off the ocean, which was so beautiful and relaxing. Perfect weather for a hot coffee, too! Australia has a very hip coffee culture but I have to admit, I prefer American-style filter coffee to the long black that is Australia’s next best thing. But it was fun to be on the other side of the Pacific Ocean with a coffee in hand!

A short while later, we also stopped in Kiama to see Cathedral Rocks. We went around in circle in a neighborhood a few times before we realized that there’s no official “get out of the car here” spot. After agreeing on that and making sure we weren’t doing anything illegal (after all, ours wasn’t the only car), we pulled over and looked down.

I climbed down, too, which truly made me feel like I was in a different world. I walked along a sandy patch that is definitely under water in high tide, surrounded by cliffs and rocks that have been weathered over so many years. The sound of the ocean and smell of salt in the air completely drew me in. I could have stayed down there a long time. 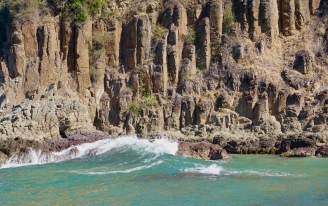 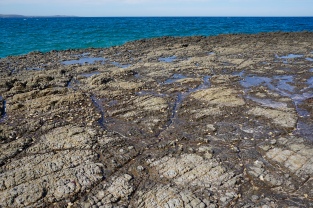 The final stage of the first day of driving led us past fields, farms, and pastures with cows, horses, and rolling hills. It was beautiful and green, but a very different landscape than the forests we’d been through earlier in the day. It was sunny and warm and we rolled the windows down to feel the air. (It’s amazing how much weather impacts attitudes and enjoyment. I found myself energized and able to breathe more easily just being in air that floated rather than hanging thick and heavy as it often does on the equator.) It was such a joy to drive and just laugh, sing, and listen to Australian political news on the radio.

When we arrived in Batemans Bay to spend the night, the weather had cooled and the sun was in that stunning position between late afternoon and evening. 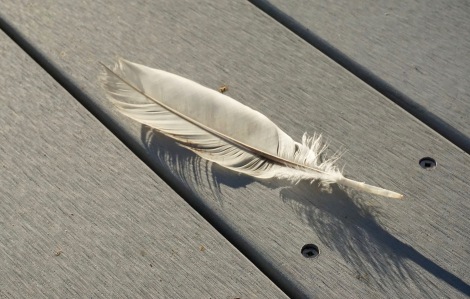 Without meaning to, we left for dinner at just the right time to capture the most beautiful evening of the whole trip. This time, we pulled over into an empty parking lot and watched a family fishing on the beach.

The following morning, we left Batemans Bay to continue our drive south through New South Wales into Victoria. Before really getting on the road, we stopped for breakfast and coffee at a café that I think I would frequent often if I were a resident of a small coastal town in southern Australia. They had a sign that largely echoed my view of the world and it made me very happy. I took the picture on my phone, so that’s what you’re seeing.

Over the course of our second day in the car heading towards Lakes Entrance, we watched the landscape change from hills and mountains in the distance to expansive farms with cows, sheep, and horses. We passed dairy farms advertising their cheese and wineries advertising their wine. We also saw a fair number of signs indicating the level of fire threat for the day; all indicated that the threat was low. Every so often, the two-lane highway would slow down and we’d enter a tiny town with little more than a local school, church, and traffic circle. Several of them had used bookstores, too!

About halfway through the drive, we stopped in Eden because it’s supposed to be the place to see whales. We had no interest in taking a boat cruise so instead we stopped at the harbor just to see the boats . . .

. . . and then headed to the highest point we could find to look down at the ocean. We weren’t the only people scouting for whales from up there, either. The water was suspiciously disturbed in certain areas and while we didn’t see anything that we could identify as a whale, I’m sure they were there!

However, we did manage to see live kangaroos! We’d been passing signs telling us to be careful of kangaroos and wombats the entire time we were on road but had only seen them as roadkill until the last half hour of our drive. We saw three or four in quick succession, each standing alone at the side of the road. It was very exciting.

Our Australian colleagues had warned us that Australia is expensive and they weren’t wrong. Lakes Entrance, however, was not. We stayed a cabin I found on Airbnb, walked to the grocery store (which we also did in Sydney thanks to another Airbnb), and made ourselves dinner. And by “made”, I mean opened crackers, sliced cheese, heated up soup, broke chocolate into pieces, and uncorked two bottles of wine. It was delightful.

It was raining the next morning, which sort of added to the appeal of the cozy cabin but was also a nuisance; I forgot how tiring it can be to drive through heavy rain! But the sky ultimately cleared and the sun was out by the time we made it to our final location – Melbourne! Stay tuned!