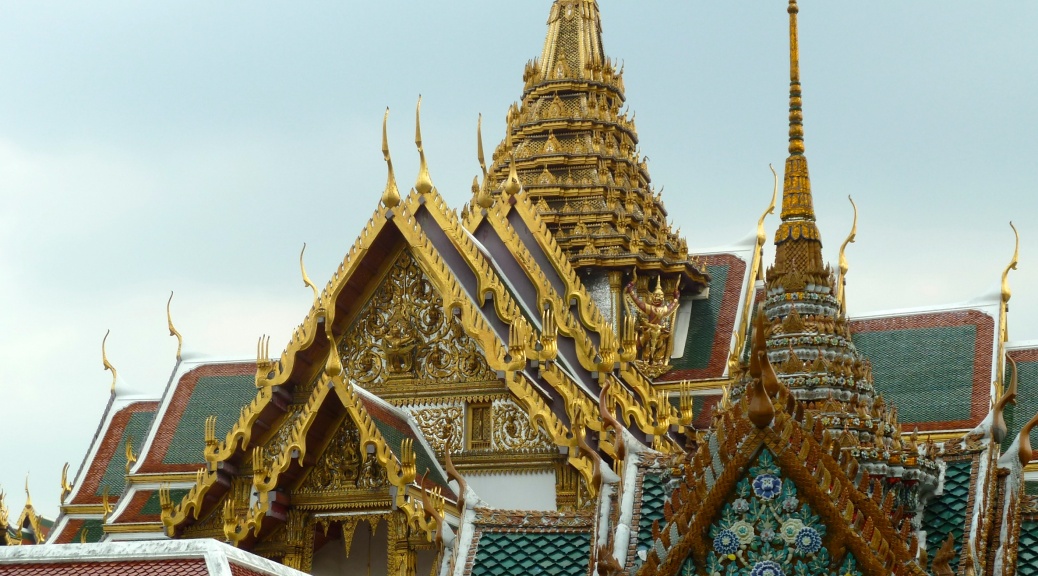 This is the first in a series of three posts chronicling my October break trip with my dad. You can read my introduction to that trip here and you can read about my first trip to Bangkok here. The destinations that followed, Hanoi and Hoi An, can be found here and here.

We landed in Bangkok late Friday night and were up at and it early the next morning. Our first stop was Wat Pho, which is a beautiful temple complex. Dad struggled a bit with the heat, but he persevered admirably. My guidebook (Lonely Planet’s Discover Thailand) had a really good walking tour, so we simply followed that. I liked Wat Pho a lot because each temple was different. There were shaded areas throughout the complex, which also made it very pleasant to walk around.

And then we arrived at Wat Pho: 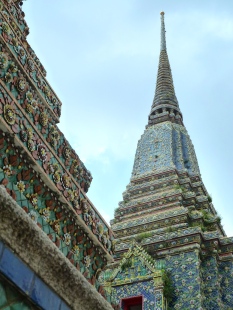 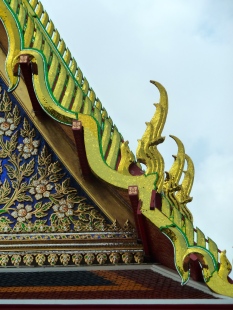 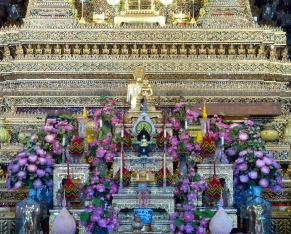 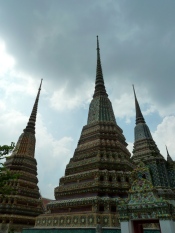 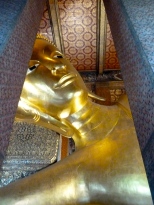 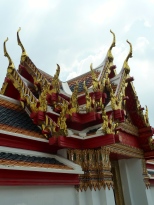 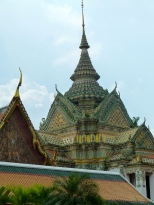 After a delicious lunch of pad thai, green curry, and Thai iced tea, my Thai favorites, we crossed the street to visit the Grand Palace. Mitch and I were in Bangkok a year ago, as I mentioned, but it was fun to go back and see it all through my dad’s eyes this time. Now that I’m used to certain aspects of life in Asia, and certainly now that I’m used to traveling in Asia, I’ve somewhat lost track of what used to make me uncomfortable or strike me as new or different. I revisited all of that during my weekend in Bangkok with my father.

I did warn Dad that he’d have to don a pair of elephant pants over his shorts to be allowed access to the Grand Palace. He was skeptical, but elephants pants suited him. The Grand Palace itself is only used today for ceremonial functions, but visitors are are restricted to viewing from the outside. The temples on the palace grounds, however, are what make the site spectacular: 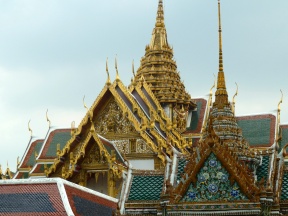 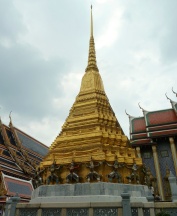 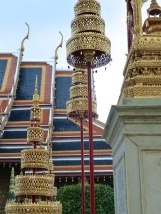 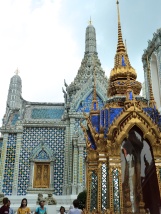 No palace is complete without a guard:

The next day we visited the Jim Thompson House, which was a new spot for me. Jim Thompson made his home in Bangkok after years of working in Thailand for the Office of Strategic Services, a forerunner to the CIA. He is responsible for turning Thailand’s silk production into an international industry and his house, which includes a rather impressive collection of Asian art, is now a museum. Photos are only allowed outside of the house:

While I appreciated the guided tour and learning about Thompson’s art collection, which was unlike most art that I’ve seen because I’ve mostly seen art around Europe, I also really enjoyed the views from the house’s windows. They provide an insight into real life in Bangkok. I do expect the scenery was a bit different when Jim Thompson moved into his house, however. 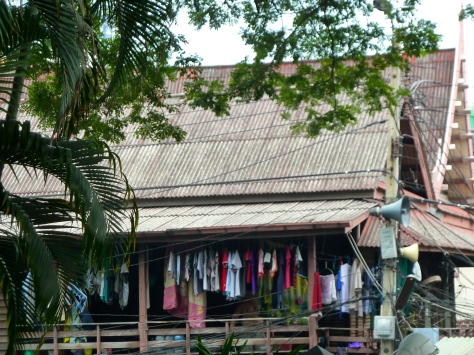 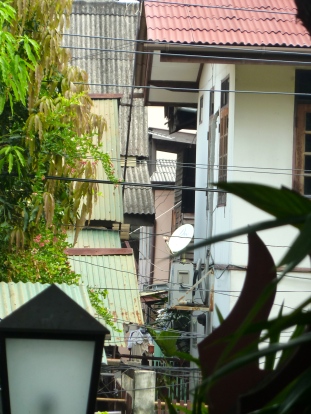 Finally, I was glad for the opportunity to revisit Chatuchak Weekend Market. We were actually shopping for souvenirs this time and got a lot better at bargaining each time we did it. Learning from mine and Mitch’s past mistakes, Dad and I went to the market hungry and tried some tasty food. Live and learn, right?

Since I’d been to Bangkok before, I took the fewest number of photos while we were here. We stayed from late Friday night to early Monday morning, which was more than enough. Bangkok is loud, busy, smelly, chaotic, and a wonderful experience. I’ve now been twice and I’m glad; the first time let me see the city and the second time let me take a closer look because I was no longer surprised by what I saw. A very good friend is spending a couple days in Bangkok next month and I can’t wait to hear his thoughts about it! 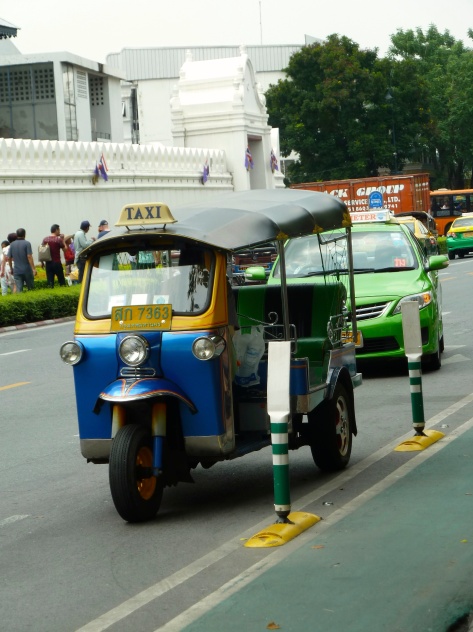 Click here to read about our second stop, Hanoi.