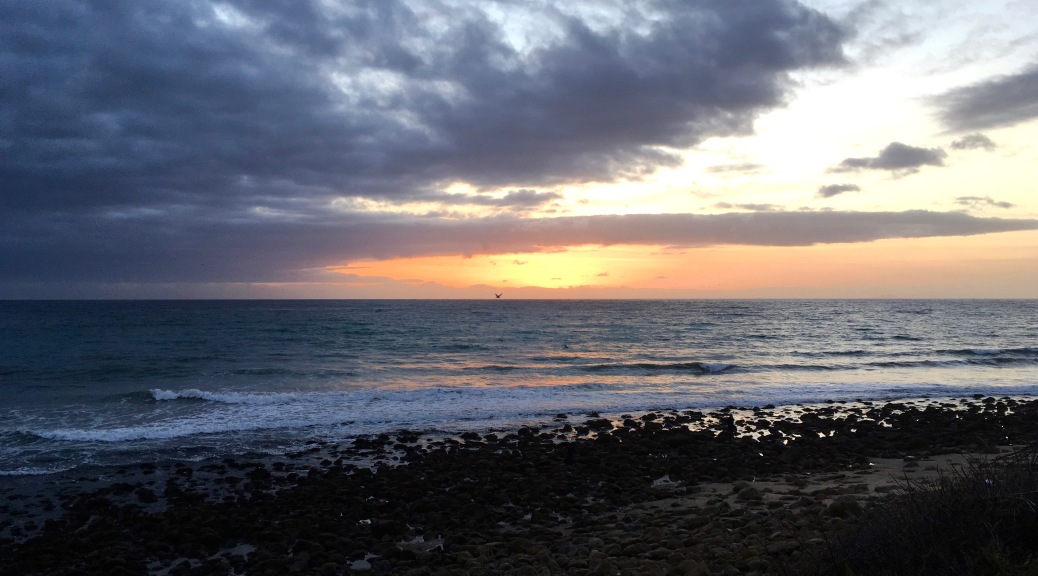 For about three years, I’ve been saying that someday I’m going to fly to San Diego, rent a car, and drive up the California coast to San Francisco. For whatever reason, I always envisioned spending two or three weeks alone and contemplating life’s purpose along the way. Somewhat of an On the Road dream, I suppose.

This year, for the first time, I didn’t spend the holidays with my family. Instead, I flew to LAX, rented a car, drove to San Diego to visit a friend who I haven’t seen since June, and then drove up the California coast to Costa Mesa to visit another friend who I haven’t seen since September, venturing further north to Malibu from there. Over the course of the week I met a number of people who had me laughing more than I have laughed in months. I felt light, carefree, happy, and optimistic about what is possible. The second half of 2016 was really tough for me and I could not have been happier to feel like my old self again.

San Diego and Around
With the aid of a cute little red rental car and a San Diego native (with whom I traveled to Laos in June) as my tour guide, I saw quite a bit of San Diego County and ate the most delicious Mexican food item I have ever had – a chile relleno burrito! Some of our stops included: 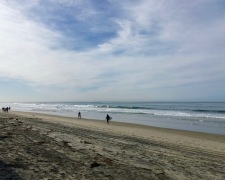 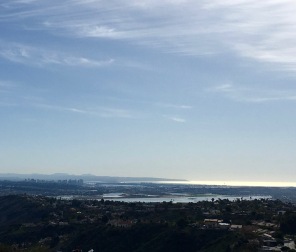 PB (Pacific Beach), where I got a real kick out of  winter Christmas decoration with palm trees and the beach in the background: 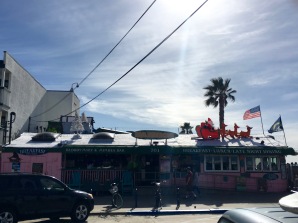 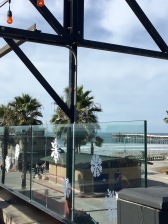 Coronado, which was just stunning: 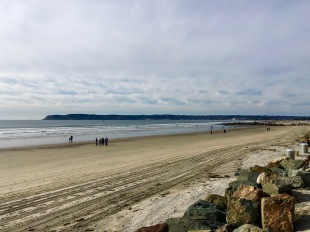 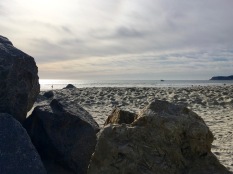 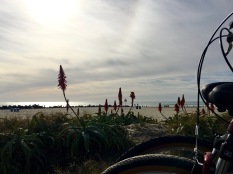 Julian, an absolute gem of a town that looks like time forgot about it: 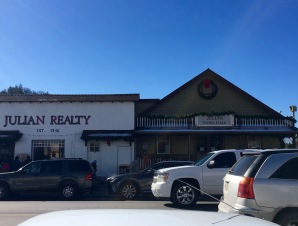 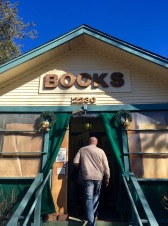 The interior of that used bookstore looked like this: 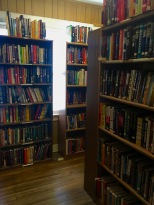 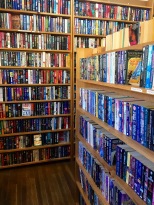 And you know how I feel about books!

We took a beautiful drive back from Julian along Route 78 and I took a break from driving to gaze out the window at the stunning valley: 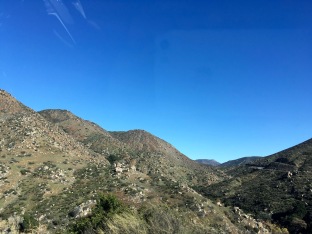 Sunshine, blue skies, mountains, oceans. It’s no wonder everyone was so friendly and welcoming and actually seemed to care about the answer to the generic, “Hi, how are you?” that I heard everywhere I went.

Costa Mesa and Around
After three nights in San Diego, it was time to drive north to Costa Mesa. I’d originally driven south from LAX in the dark so it was nice to see the same roads in daylight. The blue skies, beaches, and mountains adventure continued with a best friend from high school (also a travel partner in Hong Kong and Thailand) who moved to California three years ago. Our exploring included:

Top of the World hike at Laguna Beach, which was the warmest day of the week: 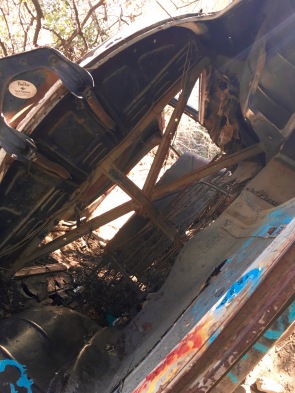 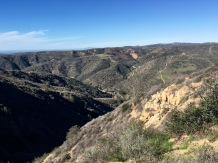 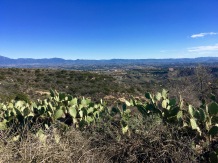 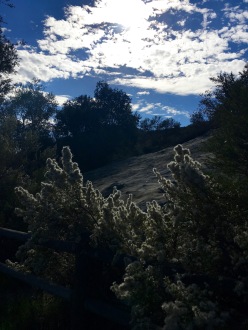 A drive to Long Beach to meet some more people, eat dinner, and have a night out: 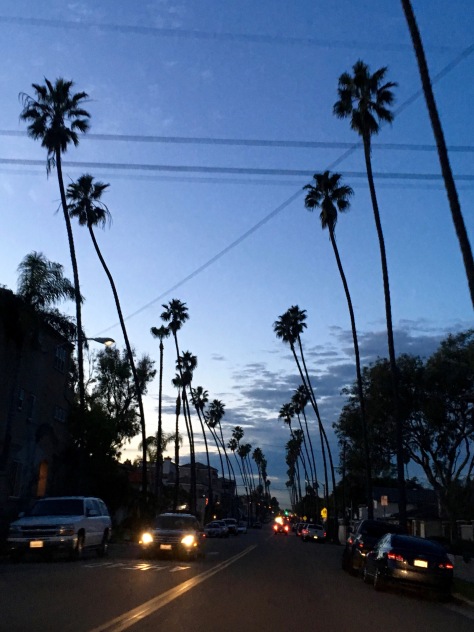 Santa Monica, which we visited on a damp, chilly day that was still iconic and beautiful: 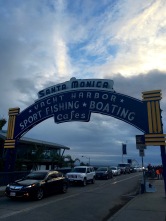 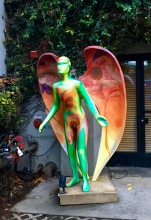 Los Angeles, where we took a quick nighttime walk around Staples Center before seeing a concert at the LA Convention Center: 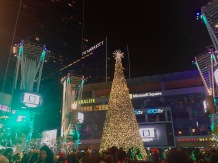 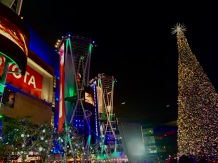 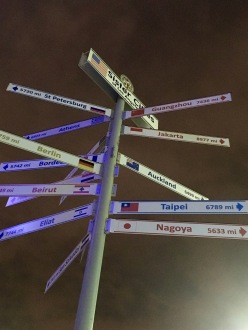 Newport Beach, which was adorable and thoroughly enjoyable even though we got caught in the rain: 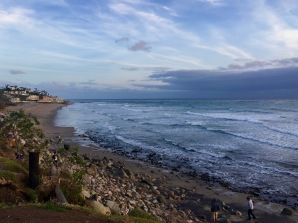 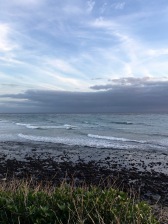 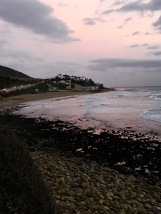 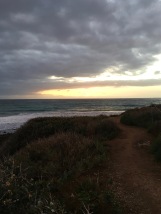 I didn’t realize how much I needed this week and time with these people until I was fully immersed in it. As soon as I got in a taxi on the way to the airport in New York I felt a weight lift that I didn’t realize I was carrying. There was a physical lightness in my body for the week that I spent in California. The tension I normally carry in my back went away after a few days. Being around such good friends in such a beautiful place was physically and emotionally rejuvenating, which is all I can ask for. 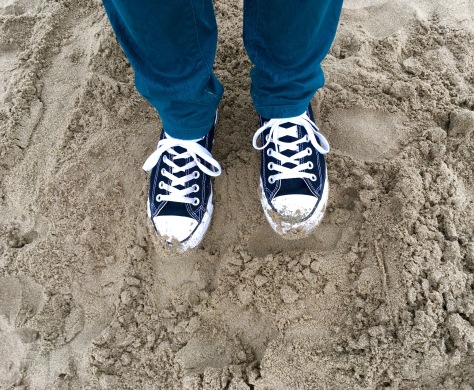 Hopefully in a summer or three I’ll fly again to LAX, rent a car, and drive up the California coast to San Francisco. I’m already excited for everything there is to see and experience. And something tells me I won’t be doing it alone.