I’ve been living in Germany for slightly over a year and it seems like my language skills are slowly improving. A friend asked recently how long I’ve been learning German (about a year and a half) and complemented my fluidity when speaking, which I think was a generous remark. It certainly doesn’t feel fluid and I often only catch the grammar mistakes after I’ve made them, assuming I catch them at all. But I am starting to get a sense for the language and I can make more meaning out of what I read and hear without knowing all of the words, which suggests a gradual improvement.

One thing I’ve been trying to do is hear as much German as possible, for example, on the radio, in films or TV shows, and eavesdropping closely when the opportunity arises. It is for this reason that I started following a German yoga instructor on YouTube. I’ve done YouTube yoga for well over ten years and it seemed like a natural progression in language learning. The idea is immersion, after all.

It helps that I am intimately familiar with yoga after years of practice and it helps that Sanskrit is used for many postures. It helps that yoga sequences are deliberately repetitive and that all yoga teachers talk (slowly and calmly) about breath, stillness, movement, and stretching. They use imperative language, which is not always obvious in daily life, and speak as explicitly as possible without simplifying, which is otherwise hard to find. I hadn’t realized all of this when I first began looking for yoga videos in German and perhaps it wouldn’t have taken me so long if I had.

Brand new when I began practicing yoga auf Deutsch were some anatomy words and the German translations for names of postures that I’m used to hearing in English. These are the things one doesn’t typically learn out of textbooks, but also the things that make the difference between living in German (when I try to do that) and learning German. And if experience is the best teacher and language learning requires repetition, yoga is a beautiful way to practice.

A benefit I did not expect is that doing yoga in German requires me to focus in a way that a yoga class in English does not. I’ve done plenty of yoga sequences with my mind accidentally elsewhere the whole time, breathing automatically rather than intentionally following the breath. After such a practice, the body feels better but the mind remains in a whirl. But when the instruction is in German, my whole attention is on listening because I cannot passively absorb language the way I do in English. As a result, I am more engaged when practicing and recognize immediately when my mind has wandered because I lose track of the sequence and literally cannot continue. At the conclusion of practice, my body and mind are very much aligned.

Naturally, there are things that I miss in these videos, perhaps elements of philosophy that go beyond my current vocabulary. But the benefits, both for language learning and for yoga practice itself, are far greater than that, and far greater than I anticipated. The biggest reminder here, I think, is that it is always worth trying something new because you really never know what you’re going to find.

“You live a new life for every language you speak. If you know only one language, you live only once.” – Czech proverb 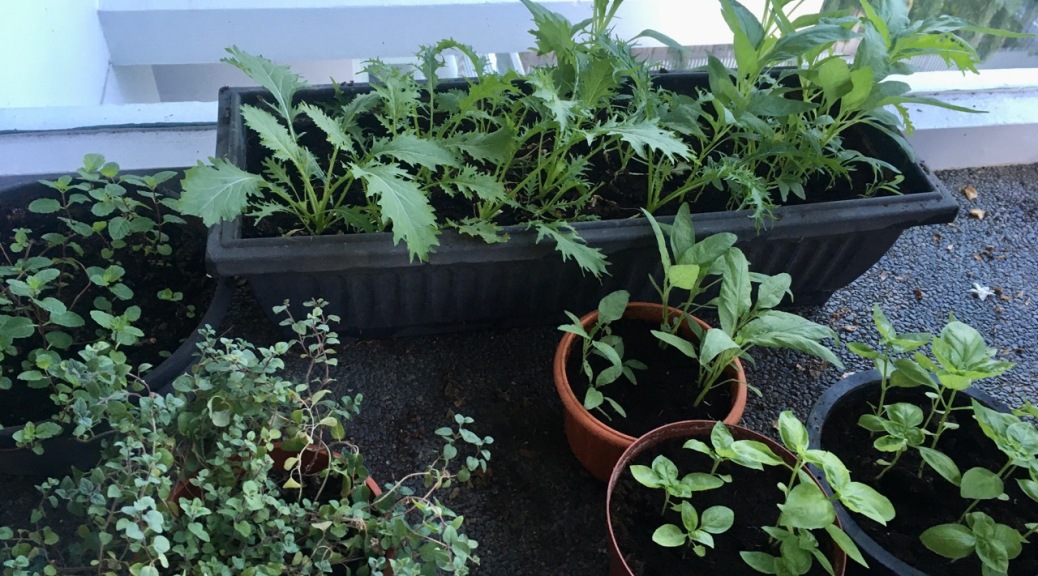 It has been almost a week since I’ve been home, a week since I left home to come home, a phenomenon that remains strange no matter how many times the scenario plays out. I cried in the airport and then, just hours later, comfortably walked the streets of a town that, a year ago, I was just beginning to know.

Laughing recently over a tale of people who remained in place and those who have come to them, I wonder about the point at which we begin to put down roots. “I’ve nested,” a couple people commented recently about apartments they don’t plan to leave. If plants in pots and frames on walls are nesting, I’ve managed both with varying degrees of success, but I wouldn’t quite call that roots. There’s a difference between being in a place and being part of a place.

After watering a garden plot earlier this week, we talked about what to do differently in the garden next year, how to make a few suggestions for improvement. To invest time and energy into something and wanting to see it to completion takes exactly that – time and energy. And this means doing more than being in a place in which time just passes by. To be part of a place means to leave a bit of oneself there, to have contributed in a way that creates an impression, to be involved in ways that connect us to others so that we build something together.

Perhaps this is what it means to lay down roots, something I’ve thus far shied away from. In the case of this garden, however, I’d like to stay to watch it grow. I’d like to feel my hands in the dirt, to smell the tomato vines in the greenhouse, to prepare a meal with produce that comes from right there. These things take time and for once, I’m in no hurry. This year I’ve watched the garden grow and next year, I’d like to help plant it.

After two planes, two trains, and a bus, it was a lovely feeling to relinquish my suitcase to careful hands, to walk along paths that changed in my time away, to laugh about what had transpired in just a short while. “Welcome home,” you said, and I was.

My dad used to say that the best part of travelling is coming home. But travelling also requires leaving home and that remains, even after years of practice, a hard thing. It helps to know when I’ll see you again and that we have all sorts of technology to keep in touch, but it is still a strange thing to go from home to home.

The world is odd, too, with the pandemic that threw into sharp relief the illusion of certainty in which we so comfortably lived. It means that we continue to plan all we want but with a greater awareness of the plan remaining just that – a plan. This is a manageable feeling, at least right now, but not a pleasant one.

I have never found it easy to leave home and I miss you even before it’s time to go. I used to need hours in the airport to ensure sufficient time to cry, but I’ve since learned that the feeling of missing you is just part of me, like the feeling of loving you is just part of me. Sometimes those feelings catch me by surprise. Oh, I’ve learned to recognize, it’s that kind of day.

Missing you means travelling from home to home to be with you, and I am already looking forward to the next time. Truth be told, I’ve never stopped. I’ve just left home and I am on my way home, too.

Miss you, love you. See you soon.