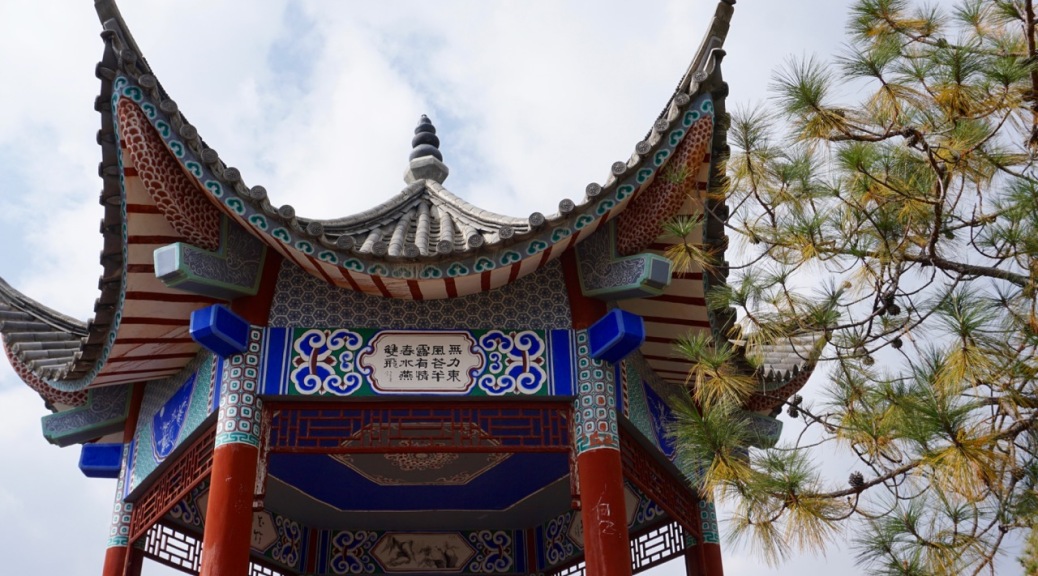 I recently had the privilege to lead a group of grade 11 students on a week-long journey through Yunnan Province in southwestern China. As on the trip to Battambang, Cambodia that I led for this group as grade 10 students, we worked with the JUMP! Foundation, who continue to be my favorite people. They develop, design, and manage the program along with their partner schools and it’s an honor to work with them each year.

This trip was the first time many of our students experienced what it’s like to be a backpacker. We traveled with packs and on overnight trains, moving to multiple locations throughout the trip. There’s a lot of travel in one week because we spend the first and last days transitioning between planes, trains, and buses but it was a phenomenal experience.

After a series of opening activities (JUMP! programs involve lots of running around and games, which are really fun, as well as group reflections that are valuable) and another bus ride, we arrived in our first base, Jianchuan.  The town itself is quite small and there was no restaurant in town large enough for all 63 of us so one of the restaurant families opened their courtyard and invited local chefs to cook the three meals we’d be eating there. The food we had all week was truly extraordinary and a major highlight for some of the students and even the staff.

JUMP! had told us about Bai, the minority group that we’d be spending much of our time with on the trip. China doesn’t have the best history in its treatment of minorities, but Bai language, culture, and style of dress remain vibrant and distinct. Learning about and from the Bai people began almost immediately. After some food and our first shower in 36 hours, we headed to a traditional pottery workshop and learned about the ancient art of black pottery that is famous in this region. Interestingly, it’s the use of pine wood in the kiln at the comparatively low temperature of 500°C that makes the pottery black.

Walking through Jianchuan the next day was like going back in time. The main road of the ancient town was part of Tea Horse Caravan Road that connected to the Silk Road and although no longer a merchant spot, it’s still a functioning street.

Our morning activity was a scavenger hunt following a hand-drawn map through Jianchuan Old Town. We began at the central town square . . .

From Jianchuan we headed to Shaxi where we’d spend the next three nights. Shaxi is a very small town and a bit like a fairytale. Like Jianchuan, it’s part of the Tea Horse Caravan Road, which is really cool. I even did some shopping there!

We had time to wander through town during our stay and it was so serene and beautiful.

The countryside was equally beautiful and we went on a bike ride through the fields across the river.

In keeping with the connection to nature, we hiked Shi Bao Mountain the following day. It’s a beautiful pine forest with grottos, temples, and views of Shaxi and the fields beyond. My stereotypes of China had been fading since our arrival and I voiced that for the first time with my students up on the mountain. I wasn’t the only one thinking that way.

At the summit, we had a picnic linch of the rice rolls and rice balls that we’d made that morning, which had been really fun.

Then we spent the rest of the day in a tiny Bai village, Bao Xiang Si-Shi Long. “Bai” means “white” and many of the homes and buildings were painted white and then decorated, which was quite charming.

Much of the afternoon was spent learning a song in the Bai language. Bai bears no similarity to Mandarin, so it was a challenge for everyone. Our hosts also taught us a traditional dance and performed it for us in full traditional dress at a bonfire later that evening. Two singers performed the song that we’d painstakingly learned after transliterating the Mandarin characters and then we tried to show them what we’d learned of their dance. Try is the key word here, but the Bai people have only recently started teaching their language to outsiders so it was an honor to be included.

A major endeavor during our time in Shaxi was a fascinating anthropology research project that had students learning about local concerns as a result of migration, modernization, and the mixing of immigrants to Shaxi and the Bai locals. Students then followed a hand-drawn map around town to conduct interviews, mostly in Mandarin, to ask a series of questions they’d devised to learn more about the problems. Then, they were tasked with coming up with viable solutions, which prompted excellent group discussions about the appropriateness of walking into a culture and trying to be of help. On the last day of the trip, students presented their proposals to each other and the group voted for three of the ten presentations to give to some of the locals they’d interviewed. I certainly learned a lot and I know the students did, too. And as always, food was a highlight.

The end of our interview day was one of my favorite experiences of the trip, probably because it was so simple. We went stargazing! We don’t see stars that often in Singapore because of light pollution and cloud cover, but the sky in Yunnan was clear and bright. It was cold, too, winter cold, but we headed to the rooftop of our hostel after dark to lie there and simply look up. We gazed in silence for a while and then played a game of “I Wonder”. At the end of the day, I wonder how we all happened to be there.

Our final activity the next afternoon was a really nice follow-up to the stargazing, meeting people, and group reflections that we’d done throughout the week. My group’s leader and I also taught a few meditation techniques that our students enjoyed. So when it came time to hike an hour through the rice fields for half an hour of silence and solitude, our students were ready and looking forward to reconnecting with themselves and how they’d changed during the week.

And all too soon, we were back on buses, the overnight train, and the plane home. As a staff, we high-fived at the happy faces and safe return. As an educator, I delighted in seeing my students grow and mature over the week, developing new friendships and connections with others. And as a person, I was happy with the crisp air, bright sunshine, learning, and laughter that made up every day.

In every walk with nature one receives far more than he seeks. -John Muir