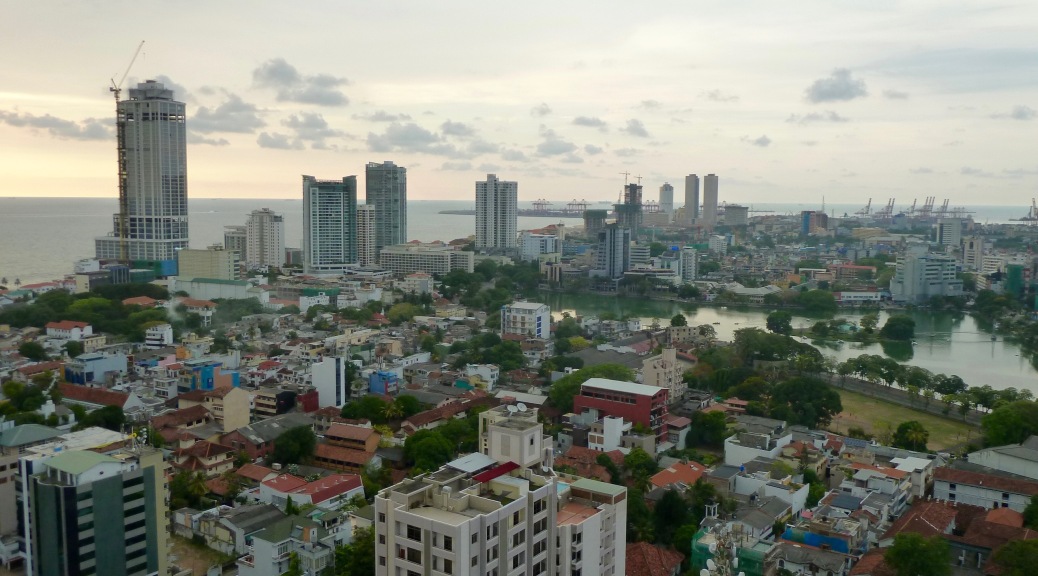 This is the first of three blog posts that illustrate the week Mitch and I spent in Sri Lanka. You can see the posts for Kandy and Galle here and here, respectively.

Mitch and I met up in Sri Lanka for the week I had off for spring break. Going to Sri Lanka had been in the back of our minds since we met two Sinhalese Sri Lankans at the guesthouse we all stayed at in Langkawi, which was my and Mitch’s first travel experience in Malaysia. When I was in the States back in December Mitch and I spent a considerable amount of time evaluating travel options for this week. We considered a variety of places – Japan, Korea, Nepal, Kenya, Iceland, Latvia – before settling on Sri Lanka because it was relatively halfway (4 hours for me and 20 hours for Mitch, which was better than 17 hours for each of us) and quite affordable (the entire week ultimately cost only $300 more than flights to Kenya). And, of course, we have friends in Sri Lanka. Who we met in Malaysia. Which I just think is so damn cool.

One of these friends in particular, Janitha, was instrumental in helping us plan what we were going to do for the week. He also made sure we were able to work around the Sinhalese and Tamil New Year, which fell during our travels. We had a useful guidebook, Rough Guides, but having a friend is even better.

My flight landed in Colombo a few hours before Mitch’s, so I had some time to explore on my own. 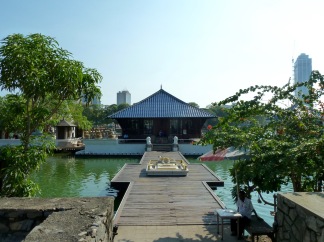 I didn’t go inside the temple (rare for me, I know) but enjoyed looking at it as I walked around the lake.

This cracked me up, but should have warned me about Sri Lanka’s attitude towards women.

The highlight of Colombo was meeting up with Janitha and Jayamin for drinks and dinner (yes, in that order). They took us to a bar at the Old Dutch Hospital (exactly what it sounds like) and then to a restaurant where Jayamin ordered me a plate of cheese kotthu, which, though considered standard local fare, was everything drunk food should always be.

The next day, Mitch and I took our first Sri Lankan tuk tuk ride. Tuk tuks were the easiest and most accessible mode of transport everywhere we went. Janitha told us about a very useful app, Pick Me, to hail tuk tuks in Colombo. It’s basically Uber for tuk tuks and worked really well!

We wandered through the colonial district to take a look at some of the buildings left over from the Portuguese, Dutch, and British colonization periods: 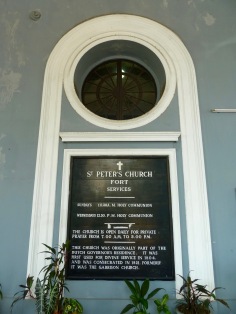 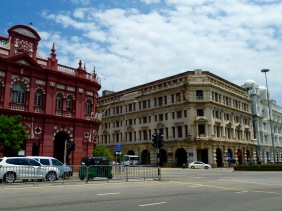 By far my favorite part of Colombo was our visit to the Pettah, Colombo’s bazaar district. I’ve been to markets literally all over the world and felt so out of my element here! It was big and loud and crowded, divided as it would have been when guilds were in power, and totally overwhelming. I thoroughly enjoyed it, though I would not have been comfortable attempting to haggle over any purchase. I haven’t had a problem doing that anywhere I’ve been in the past, but this felt very different to me, perhaps because of the sheer numbers of scams and general harassment we had encountered by that point (more on that below).

The Pettah district is also home to a stunning mosque:

We spent the rest of the afternoon exploring Independence Arcade (used to be the Colombo Asylum and is now a pretty spiffy mall) and Viharamahadevi Park. I particularly liked that bike rentals were available!

At the end of the day, we watched the sun set from the rooftop of our hotel and enjoyed espresso martinis. Coffee time had passed and we both wanted the caffeine, so we improvised. It worked. 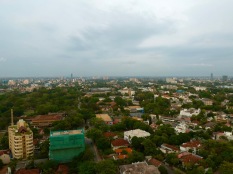 Later that evening, we headed to Galle Face Green to have dinner at a different hotel located by the shore of the Indian Ocean. We could hear and smell the sea and I felt completely at peace. The ocean has always been my happy place.

As this is a travel post, I’m going to close with a note of caution:

Sri Lanka is the only place I’ve been where I wouldn’t have felt comfortable alone. However, even being with a buddy (in this case, a pretty tall guy) didn’t diminish the amount of harassment we experienced everywhere we went. The Pick Me app likely saved us from extortion, just based on how much regular tuk tuk drivers suggested for a rate. The location of one of our guesthouses had disappeared so we had to find a new one. Boys and men hurled dirty comments in broad daylight, regardless of whether I was alone or with Mitch. It was the sexual harassment and its various forms that surprised me the most. I’d definitely still advocate a visit, but I’d also suggest getting out of Colombo as soon as possible. We much preferred Kandy and the hills and simply loved Galle. Click on the links to read about them!