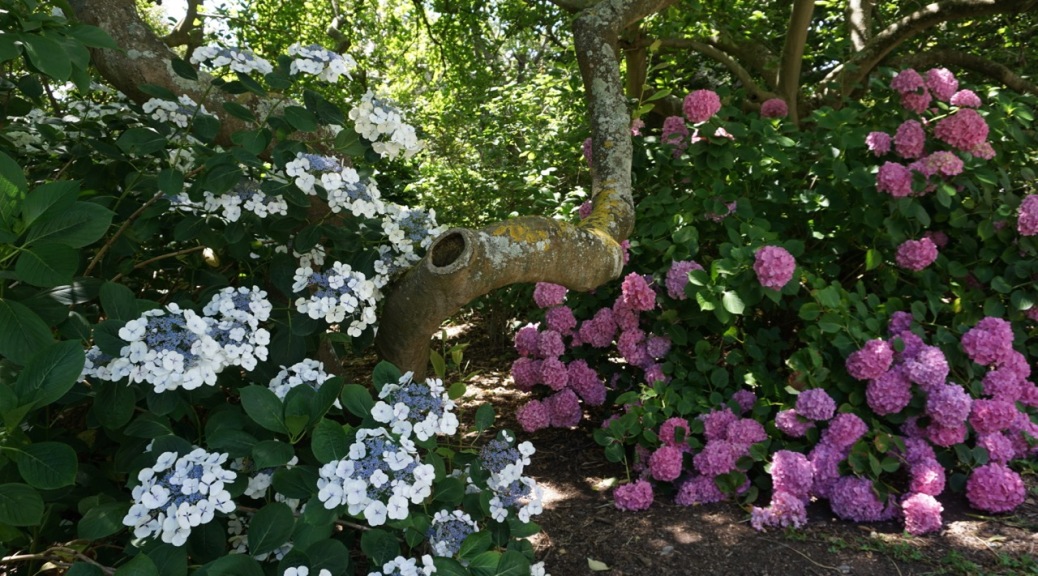 After a quick stop in Geraldine where we were told we’d find antique stores and cheese and after 2,500km of driving, my friend Sharon and I finally arrived at our last stop, Christchurch. We had the good fortune to meet the wonderful Rosie Mac, a nurse-turned-artist with a story that gave us reason to pause. She’s in the middle of a spectacular mural project and her work is beautiful – take a look! We spent a lot of time with Rosie during our time in Christchurch. She has the soul of one who gives and she gives so much – life, joy, wisdom. (Every so often I meet someone who makes me rethink my concept of the soul, which isn’t that well formed to begin with.) It was an apt place to conclude our journey through Aotearoa.

In addition to good company, Rosie also provided us with useful maps and local hints about what to do in Christchurch. She told us her story of the 2011 earthquake and its aftermath. Signs of the damage are visible everywhere; Christchurch has relatively few buildings and a great deal of construction. But there’s a wonderful sense of joie de vivre in Christchurch, too.

There’s art everywhere, which was fun to look at and adds a lot to the emptiness of downtown.

There are also really beautiful public parks in the middle of everything and we spent some time sitting in a wonderful playground with a waterpark, turf hills to climb, and so many things to run to, jump off, play on, scramble up, and slide down. People really seemed to care about taking the time to spend together, which is harder and harder to find.

We also really loved people watching (and eating!) at Little High Eatery, basically a fancy hawker center or what New York would call a food hall. Think mall food court with real restaurants. Something for everyone!

We spent our only full day in Christchurch walking as much of the city as possible which, because it’s not so large, is quite possible. We followed the Avon River to the Botanic Gardens where we visited the most amazing rose garden I’ve ever seen. The flowers all smelled so good!

Our walk along the river also took us to some interesting landmarks, including a monument to the firefighters who died on 9/11 in New York . . .

. . . and a Maori sculpture and the Bridge of Remembrance for World War I.

And then it was time to better understand the earthquake. There was a wall with names along the river and it was interesting because not all names were in English; they were written in the languages of the people they were meant to commemorate. I saw Hebrew and several Southeast Asian languages and I don’t think I’ve ever seen a memorial wall like that. And like nearly everything official that we saw in New Zealand, much of what was written in English was translated into Maori, too.

The 185 Empty Chairs memorial, however, was particularly moving. We had walked by it the night before and it was so simple and unadorned that we didn’t stop to see what it was. The artist statement made it that much more poignant and I appreciated it for its simplicity and emphasis on individuality. So many memorials make all victims the same and this one decidedly did not.

Finally, we went across the street from the 185 Empty Chairs to the site of the CTV building. A park had been built over the cracked, broken, uneven remnants of the foundation. That was moving, too, in the way that the 9/11 memorial in New York is moving. Life goes on and we remember. We remember and life goes on.

Afterwards, we walked down New Regent Street and enjoyed looking at the pastel buildings, coffee shops, and cocktail bars. It was very pretty and felt like it would have fit well in Napier, the North Island’s art deco city.

The next morning, thanks to another recommendation from Rosie, I headed to C1 Espresso for the best cup of coffee in the city before flying home to Singapore. C1 Espresso is built in the old post office and still contains some elements of the old building, like letterboxes repurposed to hold matchbox cars. There’s a secret door that is actually a bookshelf of Penguin Classics and instead of music, Harry Potter on tape was being played in the washroom. And if that wasn’t enough, the pneumatic tubes that would have delivered mail now deliver certain menu items straight to your table. Quirky and full of laughter, like much of Christchurch.

And then it was time to go. Three weeks in a magical fairyland and I cannot say enough good things about it. If you get the chance to go to New Zealand, go. Without question, it’s the most beautiful place I’ve ever been (Norway was in first place for 9 years) and I am so grateful for the opportunity to travel there.