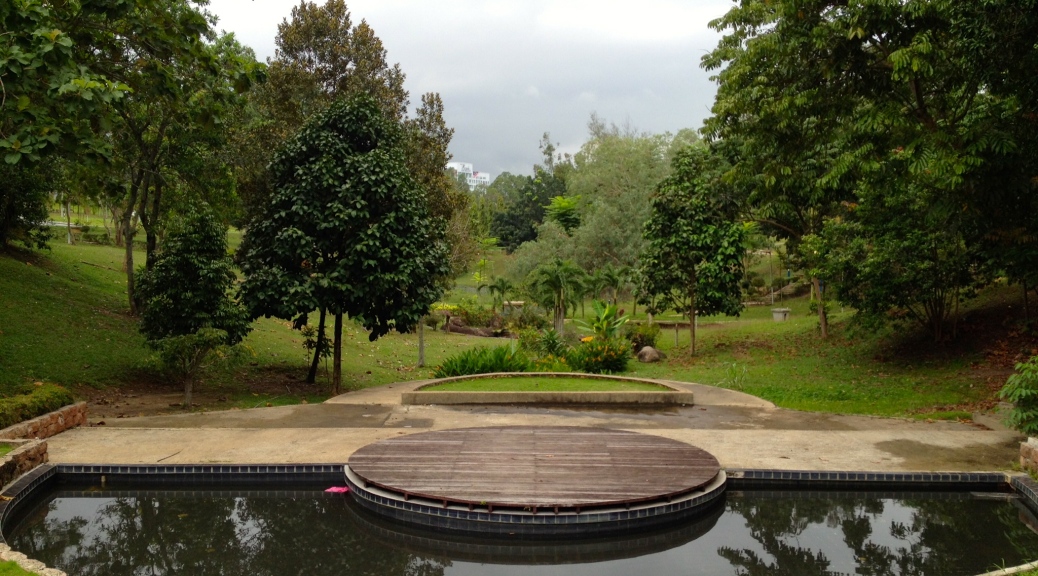 Phew, first week of school is over! It was only three days but wow, was it exhausting. You forget from year to year, you really do, and I always spend the first Friday evening of a school year thinking, “How am I going to do this for five whole days next week?” But I always do, so it must be possible.

It was a really great first week. My class is tiny right now (three girls, one boy) and we’re supposed to be getting two more boys on Monday, leaving it still tiny. I have to admit, though, having a small class makes it relatively easy to differentiate instruction. So far, the four students I’ve met speak excellent English. Two of them speak English at home (it’s probably the first language for one) and the other two search for and mispronounce the occasional word, but their comprehension is very strong.

One thing I learned this week from my year six students (equivalent to grade five in the US and Canada) is that insects are fascinating. They found three dead dragonflies and put them under bug viewer magnifiers to keep in our classroom and study. They also rescued a live beetle from the stairwell, named it Sticky because it stuck to the paper they used to lift it, and designated it our class pet. This led to a mini research investigation of what kind of beetle it was (a book from the year five classroom told us it was a scarab beetle) and what it eats (the Internet told us it ate plants and the book told us it ate dung). We went outside and picked a few leaves from the bushes in front of school and one of the girls made a box for Sticky out of paper. I poked some holes in the top and my kids eagerly showed off Sticky to every teacher and student who walked down the hall for the remainder of Friday afternoon. One student took Sticky home over the weekend, so we’ll see if Sticky comes back to school on Monday. Welcome to year six!

There are a couple particularly strange parts about school for me because I’m teaching primary for the first time. Firstly, the kids are tiny; I have to bend down to talk to them. Considering they’re 10 and 11, that’s not saying much, but I didn’t know what to expect coming from teaching seventh, ninth, and eleventh grade back home. Those kids are 12, 14, and 16 at the start of the school year and most of them are taller than me. In addition to height, it’s bizarre having to teach all subjects. I spent a good bit of today planning my first maths unit. Admittedly, I had to interrupt Mitch’s reading several times to ask him to explain things to me (sorry, children) but I planned a maths unit. Never in a million years did I think I’d be doing that.

Before I sat down to do school work today, which honestly felt really good, Mitch and I went to the botanical gardens in Old Town Seremban. See this post for more information on Old Town. After a brief miscommunication with the taxi driver, we learned that botanical gardens here are called lake gardens. The two we’ve seen (one in KL and one in Seremban) have been lakes surrounded by a park, so that makes sense. Here are some pictures of our walk around the park. 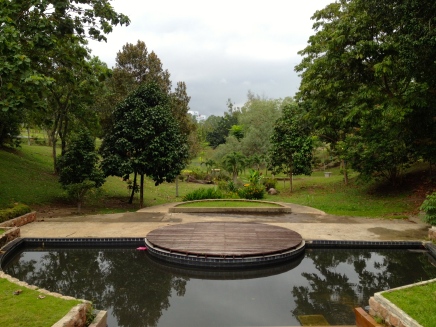 One of the most frustrating things about living here is the lack of sidewalks. Even relatively quiet suburban streets have no sidewalks. It’s just a road, perhaps a bit of lawn or a bit of concrete, and buildings. That makes it very unpleasant to try to walk anywhere, which only increases the amount of traffic because people give up walking because it sucks so much and just drive. Consequently, parks are refreshing places. We even found a street sign in this one! (Haven’t seen a real street sign anywhere, however . . .)

In addition to our first street sign (I’m not really joking about that), we also found the largest leaves I’ve ever seen. In my experience, the only leaves that come close are in conservatories and greenhouses.

And then Mitch put the leaf down, saw red ants crawling all over it, began to feel itchy, and found large bug bites all over his ankles. But it made for a good picture!

We walked all the way around the lake before taking a moment to talk about what was around us. The lake was lovely, yes, but there was industrial noise everywhere, there were cars just above the hill (the park was built in an artificial valley), the wooden picnic tables were made of concrete, the boulders were made of concrete. It’s hard coming from a city that has so much preserved natural beauty to a place that doesn’t. We know that there are naturally beautiful places in Malaysia (we’re going to plan a trip to Penang for our next long weekend), but I definitely miss the ease of walking on sidewalks along streets and running in parks from back home.

We wandered through Old Town for a while once we were done with the lake garden (and I literally mean sick of walking through outdoor space so planned and sculpted, yet done poorly).

Tonight for dinner we ventured back into Old Town, bringing our four taxi rides today to a total of RM45, about $15. Dinner itself, though, only cost RM11.20 ($3.73) so it was a pretty cheap day by Western standards. Dinner was cheap by any standards and probably the best meal I’ve had since being here. No. 1 Top Curry House, we will be back.

Today we learned that Indian food is traditionally eaten with the fingers on giant banana leaf placemats. We asked for all the vegetarian food they had and this is what we got. We also got an order of roti (bread), which came with three dhal and curry dipping sauces. I don’t have a picture because my fingers were full of delicious veggies, but you can find one here. Seriously amazing food.

5 thoughts on “Insects and Dinosaurs”