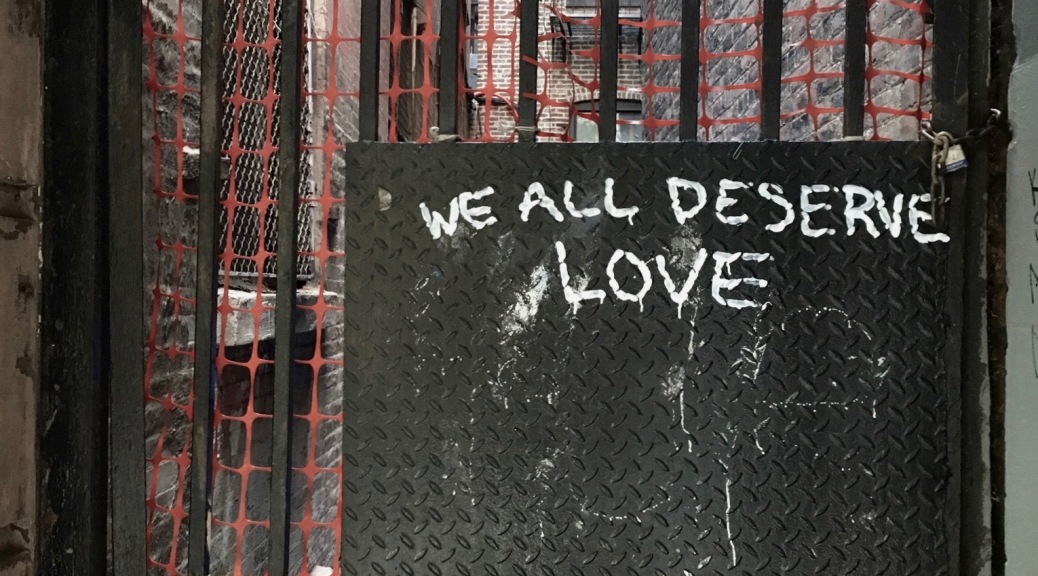 It has been quite the week!

On Monday, Mitch and I drove a U-Haul the six hours from Rochester to Manhattan. More accurately, whole truth be told, Mitch drove while I fiddled with the radio dial. Since Monday night, I’ve been heavily involved with cleaning, unpacking, and organizing our Upper East Side apartment. I’ve explored a bit, ventured to my new school (the commute is about 1.5 hours each way and involves subway, train, and taxi so it’s really quite the trek), gotten lost on multiple morning runs in Central Park, and tried to figure out the grocery store thing.

The stereotypes about New York City are true – it’s big and loud and fast. It’s also efficient, exciting, and the most diverse place I’ve ever been. I have heard so many languages that I can’t place, passed dozens of what would be considered niche restaurants anywhere but here, stumbled upon a pop-up vintage store, and wandered through a university campus. I’ve watched people of all walks of life go about all sorts of daily business. For the first time, I completely understand what drew the Humans of New York guy into asking for stories!

In perfect honesty, I’m glad that I’m not navigating this city on my own. I’m a tad embarrassed to be feeling somewhat intimidated, but I am. There’s a lot that I don’t know and most of it hadn’t even occurred to me. For example:

I’ve taken to wearing sunglasses even when I don’t need them just to hide what I’m sure is a constant deer-in-the-headlights look.

And then I saw a bit of graffiti when I was walking between the East Village and Soho. (Note to self: Learn the neighborhoods to avoid referencing maps while blogging.) 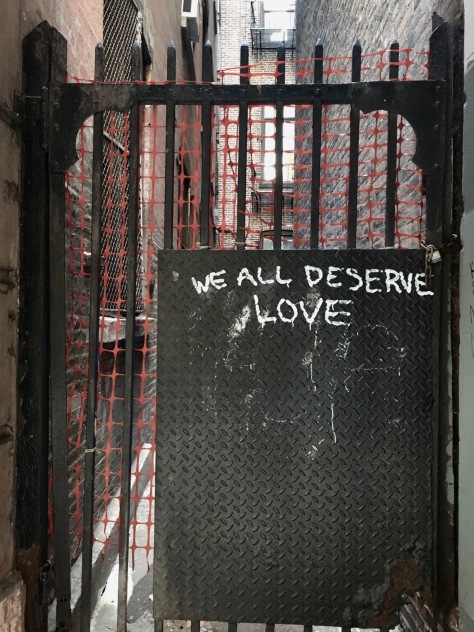 I stopped for a picture because this was my first reminder that people are what make up New York. There’s heart here that might be hidden in the hustle and bustle and flurry of activity, but it’s here. People move fast to make a decent living in a world that moves fast and has come to demand that speed. (I don’t necessarily agree with a life or a world like that, but that’s a post for another time.)

New York is just a city. It’s a city of people who want what people everywhere want. People want to be happy, healthy, and loved no matter where they are. No matter who they are.

As big as it is, as overwhelming as it might feel, New York is just a home for about 8.5 million people. And people are just people, wherever you go.