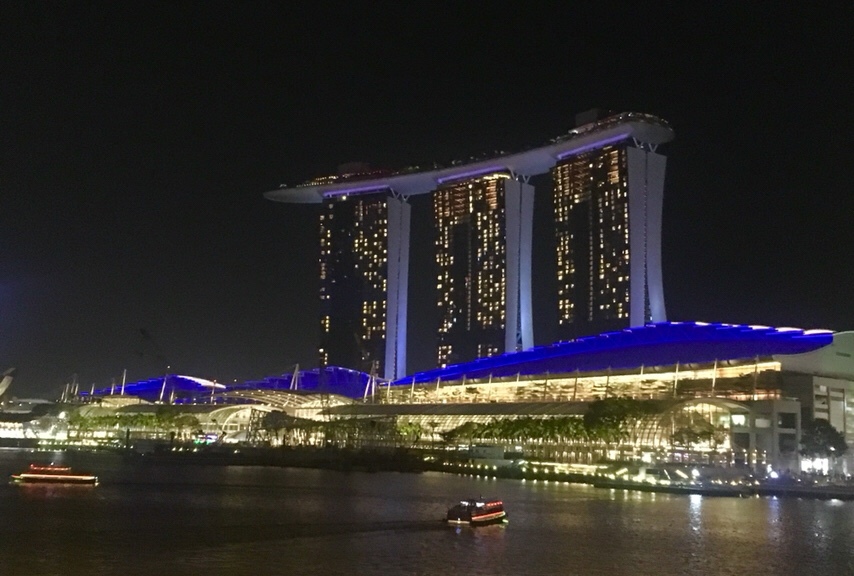 Ever been overwhelmed at a party? Lights are too bright, music is too loud (or just plain bad), and there are too many people? Ever caught between wanting to join your friends for the night and wanting to DJ on your own?

As I learned last weekend, Silent Disco Asia has a solution! 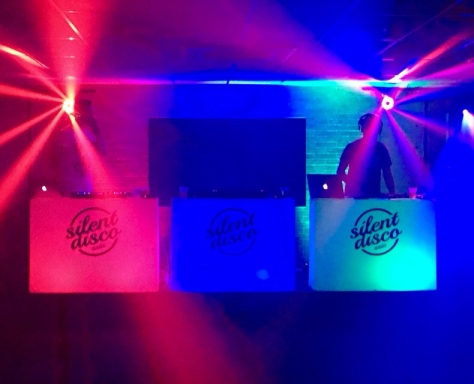 Three DJs curate three different radio channels and one simply flicks a switch on wireless headphones to choose the channel and adjust the volume to their heart’s content. If the dance floor itself gets too crowded, the headphones reach outside and upstairs to the rooftop for more breathing room and beautiful views of Marina Bay. From there, you can see the light installations that are part of the iLight Festival and on view until the end of the month.

In addition to being a lot of fun and a great way to literally dance the night away, silent disco allowed for excellent people watching. Headphones seemed to reduce many inhibitions that people feel sometimes on the dance floor; there was a great array of big moves and loud singing with a boldness that is far less common. The most hilarious part by far was taking off the headphones for a moment and listening to all the truly awful singing from people with huge smiles on their faces. Every so often, I’d make eye contact with someone else and we’d laugh, sharing our delight.

That’s what I enjoyed most about silent disco. People were there to spend time with their friends, sing as loudly as they were dancing, and just enjoy the music. When my friends frantically pointed to their headphones in obvious excitement, I’d change channels until I found what they were listening to (as I have trouble with spatial things, I could not for the life of me keep track of the three possible positions for the switch). Sometimes, I’d stick with my friends’ songs and we’d sing together, though other times I’d shake my head and flip back through the channels, laughing at the way our dancing did or did not line up.

It was a happy evening during which social awkwardness or anxiety didn’t seem to play a role for anyone. Maybe it takes a certain type of person to even consider silent disco, or maybe having your own space (and therefore the explicit freedom to do your own thing) in the midst of a crowd provided enough individualism and autonomy to make it easy to do just that – be an individual.

Interested? Silent Disco Asia will be here for the next two weekends and they’re advertising an upcoming Bollywood night. $25 gets you admission, a beverage, and guaranteed great music. Have a wonderful time!

One thought on “Silent Disco Asia”