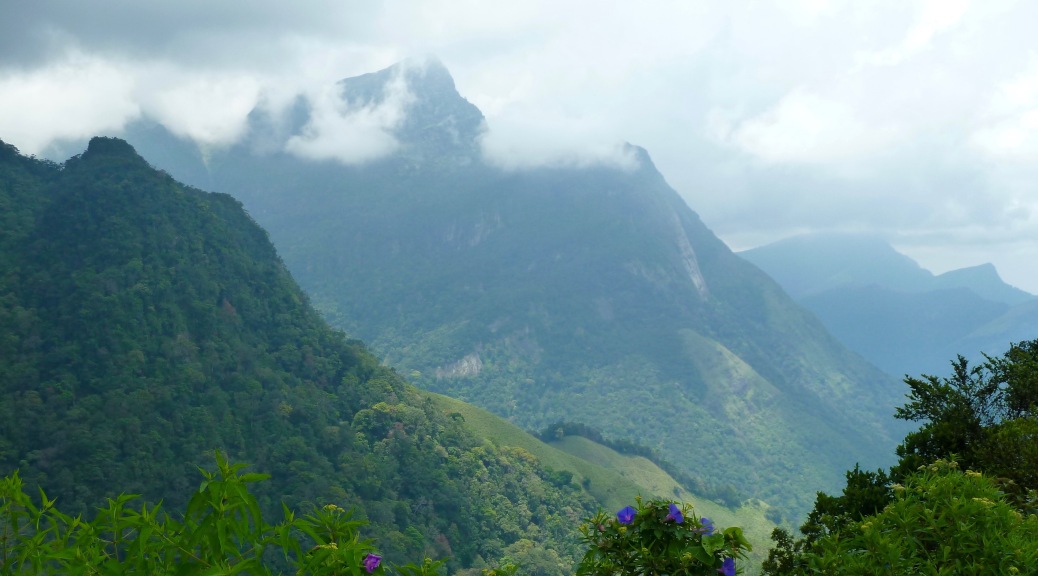 I’m not sure when it started, this dreaming of purple mountains. But when I look for you behind closed eyes, I know that’s where I’ll find you.

The mountains have always been purple. Deep purple, dark purple, thick lines, visible brushstrokes. Hints of lavender and a touch of violet or indigo, depending on the light. A painting.

The mountains are gently rolling in some parts and in others, steep and jagged. Sometimes there are clouds, too, tinged with dusky blues and greys. Often a few lingering white puffs across the sky. But sometimes there’s just a vast bright blue. The sun is shining. The grass is soft, the bright green that begs you to take off your shoes and play.

I’ll see you in the purple mountains, I think before I fall asleep.

Behind my eyelids, we’re skipping up the hill and we’re laughing.

Neither of us are strangers to this place, to this watercolor illustration out of a children’s story.

But where did it come from? The first time I said it out loud, I knew it was right.

Where did it come from and, more to the point, how did I know you’d see what I saw? Where do you come from? What lives have you lived?

I live in a world where we say goodbye on the last day of school in June. Not just, “Goodbye, have a good summer, see you in August.” There’s some of that, certainly, but there’s also, “Goodbye, friend, as you journey to another part of the world. Maybe we’ll meet again one day.”

It’s hard to send off the colleagues who have become friends and friends who have become family. I hope they all find their own purple mountains, the realization of dreams both articulated and hidden, wishes both acknowledged and buried.

Yesterday I told a friend, “I hope it’s everything you hope it will be.”

He replied, “I don’t. I hope it’s everything we need it to be right now, but I’m not done yet.”

I smiled. “Then let me say it again. I hope it’s everything you need it to be right now, and that you voyage on.”

I know too many people who stopped looking. Maybe that’s the right decision for them and I certainly respect it. But it’s not the right decision for me. I tried to put the dreams aside, to look for purple mountains somewhere else, but I couldn’t find them. In fact, I lost them. For a time, there were no mountains and where they had been was full of holes and erasure dust. I tried to wipe it off but it was hard to see through the smudges.

The mountains were gone and I drifted in the space where they had been.

The most frightening feeling I’ve ever had was not being able to imagine tomorrow. I remember the first time the mountains were hidden in black.

It’s hard to explain this to people who stopped looking or who found their mountains without much getting in the way. Compared to many people I know, I think I’ve lived a lot. My purple mountains with springy green grass were trampled on once but I am filled with gold bubbles when I dream of them now.

Yes, this is hard to explain. I don’t mind when people don’t understand, and I take responsibility for not explaining very well, but I do mind when others do not respect that the right thing for me to do is keep looking.

Sometimes I think I’ve found you. And having worked so hard to get back there, how could I let you go?

When I close my eyes, maybe I’ll see you and learn of the lives you’ve lived. You’re right there beside me, dancing up the purple mountains into the white cloud blue sky, barefoot in the grass. You believe in a world that might exist in a children’s story.

How did I know you’d see what I saw?

Neither of us are strangers to the purple mountains. Maybe they won’t always be everything I hope they’ll be, but maybe they’re everything I need them to be right now.

And then we’ll voyage on.

One thought on “Dreaming of Purple Mountains”