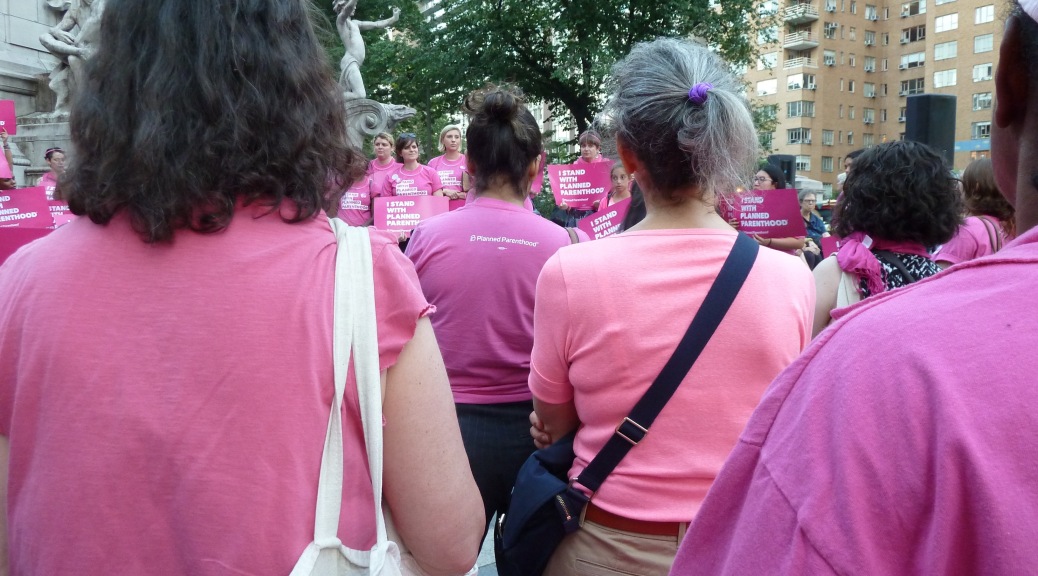 This country is in the midst of a series of ideological battles, mostly recently regarding healthcare. There are lies, secrets, rumors, and speculations about what’s next. There’s fear and uncertainty, anger and deep mistrust. Decisions are being made behind closed doors; this practice fundamentally threatens the rights of the American people and the democracy they live in.

To add our voices to the cry that high-quality affordable healthcare for all is a human right, my friend and I attended the Pink Out in Columbus Circle here in New York City last Wednesday. 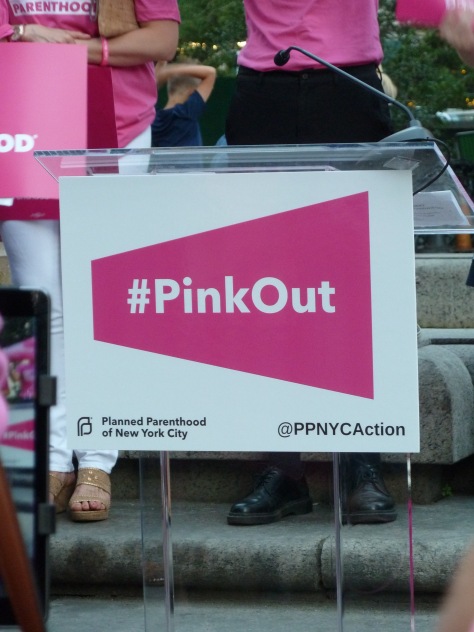 Rallies were held in cities across the country on the night before the Senate Republicans released their health care proposal. 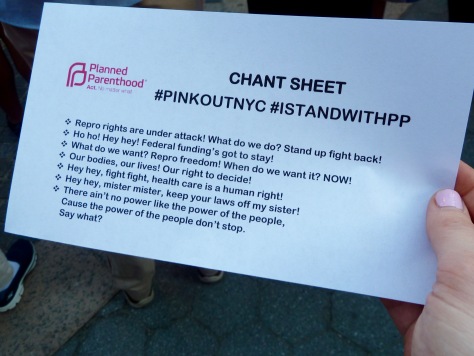 I can’t speak for other cities, but the rally here was not as well attended as we had expected, which made me especially glad that we were there. 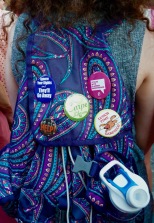 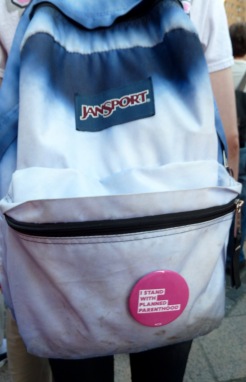 I wonder if we’ve become complacent in our blue New York bubble. I wonder if people are tired of fighting, tired of calling, writing, handing out fliers. Recently, I read On Tyranny by Timothy Snyder and he warned against complacency. Don’t think it can’t happen here . . . because it’s too late to stop it once it’s happened. 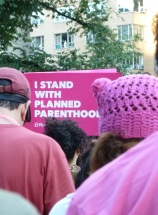 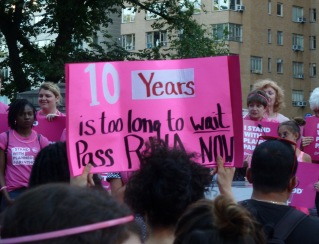 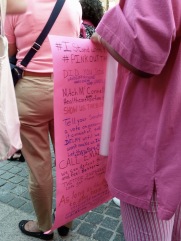 As with the Women’s March back in January, I was glad to see so many people of different genders, races, ages, and other demographics represented. In times of turmoil, it’s comforting to find allies. That’s what we did on Wednesday night and what we will continue to do.